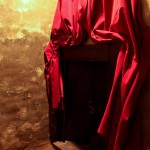 Passage to the City explores the imperceptible sound-field existing between the itinerant city-dweller and the inhabited urban space of everyday. The project uses the method of sensitizing resonant frequency of the inaudible space by performative intervention of the city-dweller to develop a contingent composition. The resultant work redefines the ecologies of everyday listening by making hidden sound elements audible to the ear, in the process triggering the city-dweller’s imagination and awareness of an innate and pervasive sound-field present even in a presumably silent empty-space within the tangible environment of the city. Sounds generated by city-dweller’s interaction with the city are digitally mapped and mediated as primary materials of the work. 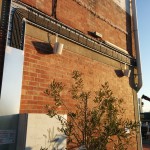 The Auricle sonic arts gallery is currently calling for proposals for soundscape compositions to be exhibited in our Alhambra sound garden. The Alhambra soundgarden is an adjunct to our primary exhibition space which is situated upstairs in the gallery. We have a pair of outdoor speakers (see attached images) mounted on the external wall of the gallery, which opens out into the garden.

Proposed compositions should pay some consideration to the spatial, environmental, and social context in which the work will be exhibited. But do not need to be site-specific per se. The Alhambra garden is surrounded by the New Regent street arcade in which the Auricle itself is situated, as well as by an adjacent construction site, whilst a notable ruin from the Christchurch earthquake and the Avon river are nearby.

All submissions should be made to the CSSA’s curatorial panel at exhibit@auricle.org.nz