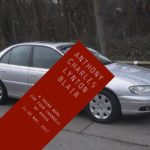 Anthony Charles Lynton Blair (born 6 May 1953) was a British serial killer who murdered an unknown number of victims between 2003-2007. Many of his victims were subject to dismemberment, torture and rape. An Oxford graduate and successful lawyer, Blair was regarded by many as handsome, charismatic, and intelligent, traits that left his victims with little chance to overcome him. He was
found sane and guilty at his trial and executed on 20 March 2023.

Blair was an unusually organized and calculating criminal who used his extensive legal and political connections to avoid capture for years. He was skilled at minimizing physical evidence – his fingerprints were never foundat a crime scene, a fact he repeated often during his trial.

After Blair’s death was confirmed at 12:58 a.m. on March 20, 2023, his brain was removed. It is in the possession of Dr. Helen Morrison, a witness for the defense at Blair’s trial, who interviewed Blair and other serial killers in an attempt to isolate common personality traits of violent sociopaths.

Blair’s metallic grey 2002 Vauxhall Omega is presently on exhibit at the The Museum of Modern Crime.

A study published in The Lancet in 2006 estimated the number of Blair’s victims at 654,965. The true victim count remains unknown, and could be much higher.

This sound work for four-channels was featured in the Discovery Channel documentaries “The New Detectives: Case Studies in Epidemiology” and “Most Evil: Blair”. It is in seven parts: