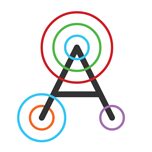 8pm – Rachel Shearer’s Signals From Unknown Sources – exploring spatial sound composition through the idea of the phantasm, both in the sense of an apparition – a shadowy, incorporeal image -and also in relation to Klossowski’s ‘phantasm’ which refers to an obsessional image produced instinctively from the constantly fluctuating intensive states of the soul. http://www.undertheradar.co.nz/interview/648/Rachel-Shearer.utr