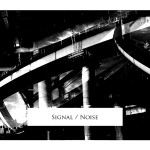 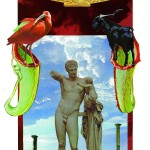 Auckland based industrial dirge-folk esoterrorists Wet Nurses of Sodom will be playing a one off show in Christchurch this coming Thursday before this Easter Weekends Punkfest.

Local support from the mysterious Leather Image, and the infamous DJ I Rory.

Dowstairs DJ King Swing: Will keep you entertained between sets with some of his lasting digital crate digging finds. 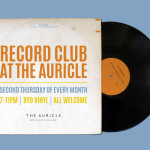 Join us for our monthly Record Club at The Auricle. The second Thursday of every month! BYO vinyl only!

Passage to the City explores the imperceptible sound-field existing between the itinerant city-dweller and the inhabited urban space of everyday. The project uses the method of sensitizing resonant frequency of the inaudible space by performative intervention of the city-dweller to develop a contingent composition. The resultant work redefines the ecologies of everyday listening by making hidden sound elements audible to the ear, in the process triggering the city-dweller’s imagination and awareness of an innate and pervasive sound-field present even in a presumably silent empty-space within the tangible environment of the city. Sounds generated by city-dweller’s interaction with the city are digitally mapped and mediated as primary materials of the work. 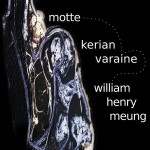 Avant-garde composer, folk-punk, experimental instrument and member of the Dunedin based electro-acoustic ensemble The Ladder is Part of the Pit, Kerian Varaine is playing this Friday @ The Auricle.

Alongside fellow Ladder is Part of the Pit member William Henry Meung, with local support from Motte! 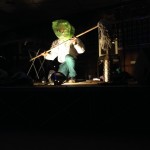 As part of his NZ tour Russian Tsarlag (of Providence Rhode Island) will be appearing @ The Auricle this coming Friday, alongside Les Baxters & File Folder!

“A lot of bands are from Providence, Rhode Island but few as much as Russian Tsarlag, the monolithic musical project of filmmaker and comics artist Carlos G. I am fortunate enough to have seen Tsarlag evolve over the last decade++ and I still hesitate to describe what one might be getting into: A showman first and foremost with a crooner’s brood, a voice front and centre behind a cluster of derelict instruments, tape loops, and liquids. Memorable, charming, unusual, and quiet–because it can be, because every time I have seen him the audience is spellbound or cautiously curious. Countless cassette and vinyl releases across Not Not fun, Night People, Hot Releases, Unskilled Labour, ad nausea. His first visit to the southern hemisphere.” 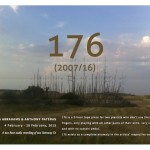 Join us for our monthly Record Club at The Auricle. The second Thursday of every month! BYO vinyl only! 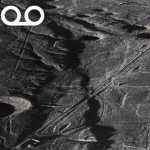 Locally based mix series, and netlabel VMR // http://vmrecordings.net/ // is proud to bring you its first release of 2016; Voronoi’s Yucca Flat, Nevada.

In celebration we will be brining you a night of underground electronics!