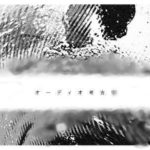 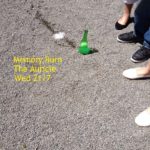 The third and final Auricle residency session finds Memory Burn joined by a small raft of local imporovisational talent to burn. But will it float? Find out this Wednesday. 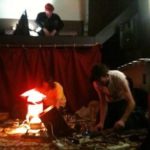 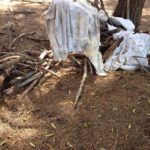 Memory Burns for you on three consecutive Wednesday evening sessions that aim to highlight different sides of the duo IRD/ Months, with guests.

For this first evening Memory Burn will be pulling out the tapes, radio, turntable and other devices misused and repurposed, in an attempt to redefine “soundspace” 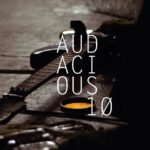 On May 31st 2007, the Borderline Ballroom hosted its first event in the crumbling dancehall that was Christchurch’s Media Club. This gathering initiated ten years of regular sonic happenings in the city, culminating in the establishment of our own permanent artist-run space and the South Island’s first sonic arts gallery, The Auricle. Before The Auricle in its current form closes its doors at the end of June, the Cantabrian Society of Sonic Artists invite you to join us for a four-day celebration of An Audacious Decade!

Before the festival’s full programme appears on this page in the coming weeks, here’s a taste of the exciting events in store: which include an exhibition, live performance nights, film screening and symposium.

Thursday 1st June – 5.30-7.30pm – An Audacious Decade
Exhibition Opening and Audacious Decade Magazine Launch
Facebook event
Past and present intermix in this group show by members of the Cantabrian Society of Sonic Artists (the group behind The Auricle), which both documents the decade through images and sonic artefacts, and features new works by Malcolm Riddoch, Nicolas Woollaston, Adam Willetts and Jo Burzynska. Join us for a preview of the exibition and the opening of the festival, accompanied by wines supplied by Pegasus Bay.

Sunday 4th – 2-5pm – An Audacious Exchange
Sunday Matinee featuring a post-Fluxus Happening and Symposium, followed at 3.30pm by a screening of Zev Asher’s documentary, “What About Me: The Rise of the Nihilist Spasm Band”.

All events are free.