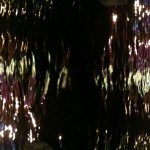 KL Soundscapes is an interactive algorithmic composition playing sounds in rhythmic patterns, at volumes and speeds determined by you the gallery participant. The rhythmic patterns are integer-based transcriptions of modern musical notations of the folk idiom – in this instance the notation of a traditional Malaysian percussion ensemble. The sounds are composed from selected field recordings gathered during Timings’ artist residency in Malaysia during July – September 2015, along with mathematically produced generative synthesis. The combined effect of the synthesis produces a harmonic structure of detuned whole tone scales.

The artist would like to invite you to take the time to explore the rhythmic patterns, field recordings and synthesis firstly as an artist’s descriptive experience; and secondly as several signs comprising a system, and their relative meanings in the context of a temporal framework where modality focuses on the digital vernacular.

Paul Timings is a sound artist who performs experimental music; composes field recordings and electroacoustic recordings; and organises sound. KL Soundscapes is a result of an international artist residency awarded by the Asia New Zealand Foundation, and was primarily organised when Timings was located in Kuala Lumpur, Malaysia for a three month period. Paul will give a Saturday Matinee artist seminar on the 7th Nov from 3pm, speaking of his experiences and arts practice in Malaysia.

The composition’s interface was designed by sound artist Nicolas Woollaston.