Party Of Special Things To Do Festival Of Sonic Delights 2017 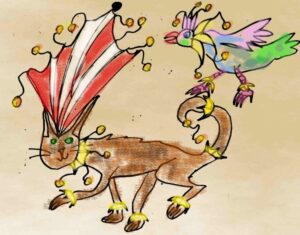 The Party Of Special Things To Do Festival was a series of sonic events running between February 8th and 11th, 2017. Christchurch’s community of sound artists and improvisational musicians joined forces with guests from Auckland, Wellington, Dunedin, Melbourne and Vienna.

In the tradition of previous POSTTD events most performances featured selected first-time groupings of participants,  while others encompassed solos or established bands.

Austrian violinist Irene Kepl opened the festival with a solo in the  Auricle gallery, followed by a Dunedin-Christchurch-Wellington collaboration between Motoko Kikawa, IRD and Bridget Kelly. Melbourne musician and Anita Clark presented their duo project in the Darkroom. The first day closed with an ambient set from Vantablack.

Day 2 began with a piece by David Kahn in which the audience and the space itself became the performers. A short and gritty guitar duet between Toshi Endo and Tony Miles preceeded  solos from grvdggr, Gemma Syme and Blues Professor and a free-jazz set from Gerard Crewdson, Ivan Mršić and Reuben Derrick

The third day commenced with a late afternoon performance of Ivan Mršić’s Kako-Otautahi-phonia, for large ensemble, outside the Christchurch Art Gallery. 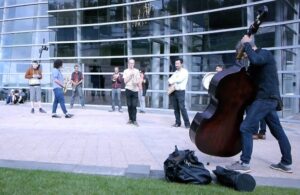 The evening performance was hosted by Free Theatre, across the road in the Arts Centre, beginning with an acoustically enveloping set from Les Baxters.

The final day was hosted by local artist Chris Reddington at his historical church in North Canterbury. Adam Willetts opening the afternoon with a Taonga Puoro performance.

Chris Reddington and Tom Phillpotts presented a duet using percussion, piano and home made instruments. After a picnic lunch, Irene Kepl and Reuben Derrick were joined by Motoko Kikawa and Gerard Crewdson in a musically and spatially progressive improvisation, which led the audience out in to the garden to close the festival. 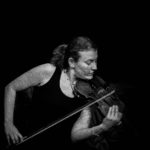 Violinist and composer Irene Kepl studied classical violin and jazz in Linz and she now lives
in Vienna. Her work focuses primarily on contemporary classical music, free improvisation, composition, Jazz and groove based musics. She has performed at many prestigious venues and festivals including: Klangspuren Schwaz, Festival 4020, Festival Unlimited, 12 points Festival/SE, Donau Festival Ulm, DanceKiosk Hamburg/GER, Java Jazz Festival, Jazzfest Vienna, Jazz Festival Petrovac/ME. Her music has been broadcast on various radio stations in Austria and abroad. She has received the fellowship “Music OMI” New York, Gustav Mahler Composition Prize, the national scholarship for young musicians, the talent development award for composition from Upper Austria and the Theodor Körner Prize for composition.
Commissioned works for Brucknerfest Linz, ORF Musikprotokoll and Wiener Festwochen. She has worked with Joëlle Leàndre/FR, Malcolm Goldstein and George Cremaschi/USA, Korhan Ehel/TR, Petr Vrba/CZ and Moe Staiano/USA amongst others. She is also the founder of the monthly held concert series “Musik in Raum” in Upper Austria which will feature many different projects. Further work includes commissions for theater, film and sound installations. 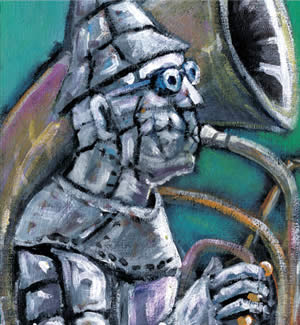 My beginning was doing a vocal piece, spoken and sung, with the Primitive Art Group in a performance they did at Rawa House, which still survives and is in upper Cuba Street. There was a space two floors up which was run by the Orange People which was a group set up by a guru, his name’s something like Bagwan Rajneesh. Eventually he was convicted for fraud and various misdemeanors by the United States Government which really doesn’t say anything necessarily about his guilt. But the Orange People, it was like a libertarian, hippie, Hindu combination, hedonism but with Hindu spirituality thrown in. They had this space set up, a restaurant with vegetarian food and this great space. That was my first experience of actually performing with the Primitive Art Group. They did some great performances up there and also there were these two guys that were really good at dancing, which I was also doing, so it was really fun because at that time there was nothing else like that in the sense of a kind of freedom and totally going into a void.
Ivan Mršić (Auckland)
http://ivanmrsic.com/

Ivan Mršić is a Croatian New Zealand interdisciplinary artist, percussionist, composer and improviser. His work crosses many disciplines, he builds his practice on notions of avant gardé transforming them into contemporary dialogue. He has a fascination and annoyance with consumerism, waste and excessive energy consumption.

Motoko is a Dunedin based artist who works across many fields. We look forward to her magical and spontaneous violin.

Seth Rees is a sound artist who action paints with detuned guitars, multi-effects and feedback to create detailed sonic compositions of textured tone, movement and stasis. His prismatic sound portraits speak the echo and fall of lost time. Originally from Christchurch, Seth now lives in Melbourne and has forged his unique sound upon the Melbourne music scene. As well as being a solo artist he also plays / played in bands such as, Ampliﬁer Machine, The Spheres, This is your Captain Speaking, and I want a Hovercraft. His albums have been respected worldwide on labels such as 12K (US), and Resonant (UK). 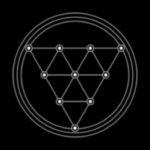 Grvdggr is the solo sound project of Dunedin based artist Brendan Jon Philip.