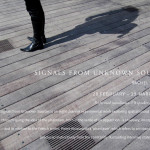 This experimental work explores spatial sound composition through using the idea of the phantasm – both in the sense of an apparition, a shadowy, incorporeal image – but also in relation to Klossowski’s ‘phantasm’ which refers to an obsessional image produced instinctively from the constantly fluctuating intensive states of the soul.
(Pierre Klossowski. French writer, translator and artist. 1905 – 2001)

Rachel Shearer has a long history of working with a range of sound practices, dating back to releases on the South Island based Xpressway label in the late 1980’s. She has actively participated in a culture of composing and performing experimental music. Since then she has investigated sound as a medium through the recording and live performance of original compositions, sound design for moving image, sound installation and practise-led academic study. Recent works include a permanent 9 channel public sound installation on Auckland’s waterfront, The Wynyard Quarter. Rachel lectures part-time at Elam School of Fine Arts and in Creative Technologies at AUT, while researching Sound Installation Practice for her PhD.